Vicky Kaushal is the perfect example of the dream boy – tall, dark and handsome, and just like Alia Bhatt we also have our eyes set on him. The two would share screen space in Meghna Gulzar’s Raazi. 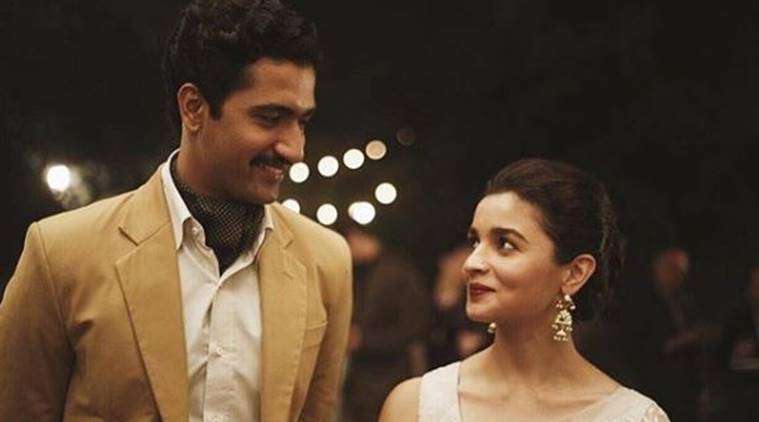 Do you believe in old-school romance? Well, you would definitely start believing in one after looking at the new photo released by the makers of Raazi. In the new photo, for the first time, we see Alia Bhatt and Vicky Kaushal as a couple and they look just perfect. While there is a certain innocence in the way Alia appears, the tall, dark and handsome Vicky looks dapper. In fact, in the photo, we can see how Alia is also charmed by the man beside her.

The photo was shared by Alia on her Instagram account. Along with it, she announced that the film is just 100 days away from theaters. The film, directed by Meghna Gulzar, is the story of a Kashmiri girl who marries a Pakistani officer (played by Vicky Kaushal) but she is a spy for an Indian Intelligence agency. The espionage thriller is based on Harinder Sikka’s novel Calling Sehmat, and will be shot in Punjab, Kashmir and Mumbai.

“I think in Raazi, the audience will see me in a completely different avatar. At least that is my wish because Raazi as a film is very different. It’s the first time I am doing a period film and is based on the true story as well, so I am very excited for it and I hope the audience will like it,” Alia said at an event earlier. 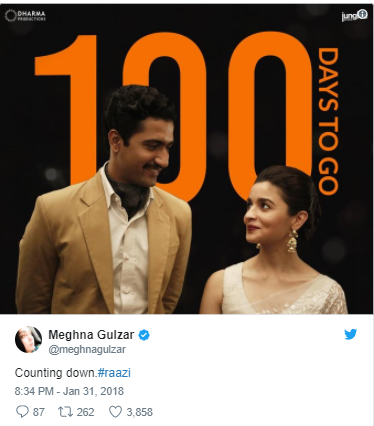 Produced by Karan Johar and Vineet Jain, Raazi is scheduled to release on May 11, 2018.